The focus goals of the three 2019 Igor Legacy Camps are to promote growth and development of youth-age cross country skiers and to provide exposure to the fundamental building blocks required for successful cross-country skiing, as well as summer training with teammates, and meeting new Nordic friends.

Once again our Coach Kris will be heading up the Central Regions “Dream Camp” for the top U14 athletes from both the Midwest & Great Lakes Divisions.

This past weekend we jointly held the first National Guard & Veterans Wellness camp with CXC, 4591 Sports Development & Out There Nordic. With athletes participating from as far as five hours away we had a wonderful time. From Friday’s BBQ & Bike Ride, Saturday’s Strength & Core work, Nordic Walking & Pole timing work and roller skiing to the Afternoon Laser Biathlon Relay. Wrapping up with Sunday’s hike to the Blue Hills Felsenmeer

Weekend camps in four exciting locations across the Midwest:  Wisconsin, Minnesota and Michigan are set to host U12 and U14 skiers (ages 10-13) for an unforgettable three days of fun outdoor activities.

* Coaches and parents are welcome to apply to attend the Igor Legacy Camps. 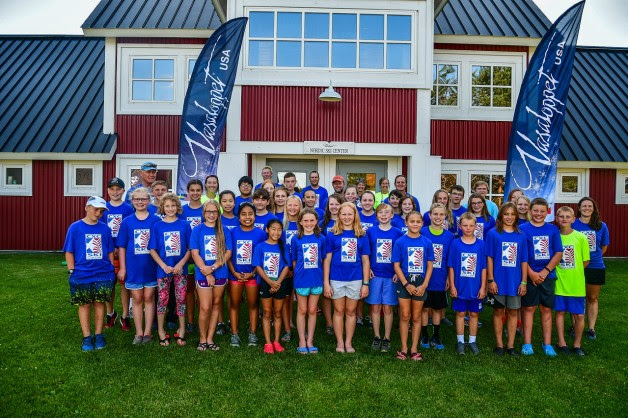 Each camp will offer special features and activities including outdoor games, dry-land training, roller skiing, and cross training activities. The intention the Igor Legacy Camps is to inspire and excite youth in Igor Badamshin’s honor because his positive and playful approach to coaching has touched and inspired skiers of all ages.

We are super proud of our own Kris Hanson (USSA/CXC L200 Coach) will be the Head Coach & Trip Leader for the 2017 trip to Titcomb Mountain in Farmington Maine! Supported by 3 other coaches from around the Midwest they will be taking 4 Female & 4 Male U16 Athletes to the event. In 2016 Coach Kris was an assistant to Coach Kelly Skillicorn. Look for updates from this great event in the coming weeks!

Rice Lake & the Midwest when you buy Paint or stain !

Benjamin Moore Paint & Stain. The we will

donate $4 per gallon to CXC & their

Development programs in the Midwest!

Also the HOME of Out There Nordic!

This past weekend we held the first CXC U16 Camp in Rice Lake. First of all Thanks to all the coaches & athletes for a FANTASTIC weekend!

Saturday athletes arrived from Hayward, Forest Lake, Iola, Mt. Horeb, Lakeland & Rice Lake. After check in they took a 6 mile run on the Wild Rivers Trail. Returning to the shop for an afternoon strength workout in the shop Strength room.

Wrapping up the evening with a Fantastic Dinner at the “White Stag” a new local restaurant. Heather allowed us to have the Loft space in her Coffee House Badger Brew to give the crew a nice private venue for dinner.

We started the following day with a morning run & yoga to wake everyone up and a great breakfast. We then took a fantastic trail run in the Blue Hills to the Upper section of the Rock Creek Felsenmeer.

Post Lunch we returned back to the Blue Hills to our Great roller ski spot for a 2 1/2 hr OD Skate ski, and swim in Bass Lake. The Final day started again with a run & yoga, breakfast then Classic striding  & bounding work on Norwegian rd. a great 500′ climb in 3/4 mile. Wrapping up the day with a 2 Classic OD & technique session just outside Rice Lake near Hardscrabble.

We again want to extend a THANK YOU to Bruce Manske of CXC for partnering with us on this camp. Thanks also to the Athletes and Coaches who attended. It is Great to see the #NextGenerationOutThere !

A Fantastic First night was had with 13 people. We are looking to have even a larger CXC Master’s Group this season as we enter our 4th year with CXC Master’s. Still interested in joining? Call or email us today!

The New Nordic Training Season is underway! Want to improve your skiing next season? Want to support growing the sport of Nordic in the Midwest? Come and learn about CXC Master’s Programming & it’s great benefits. Potluck meal- Bring a dish to pass.

Get our Youth OUTSIDE!

Do you have an 8-13 year old who likes to spend time outside? Looking to give them the opportunity to Trail Run, Mountain Bike, experience Orienteering & More?

Then Trails Kids is that Opportunity. The Spring Summer Session runs from May 4th- Sept 14th